A ceremony without borders

On Monday the 30. May there was an award ceremony for the “Bundeswettbewerb Fremdsprachen” (National Foreign Languages Competition). The ceremony took place in Cottbus, in the Steenbeck-Gymnasium (a German grammar school) and all the contestants that were nominated for the first to third place were there. 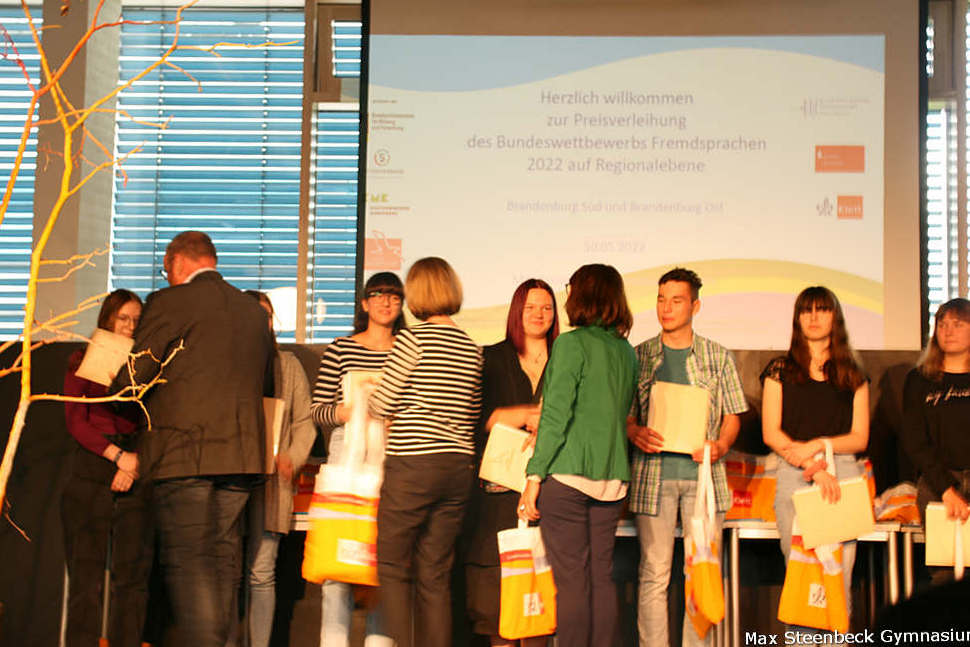 I arrived at the Steenbeck-Gymnasium with my mom and there were many people. We got to the auditorium and were welcomed by Mrs. Fandrich (teacher at our school and responsible for the ‘Bundeswettbewerb’ in Brandenburg), who showed us where we could sit. When we sat down, we saw our head teacher, Mrs. Weikert, coming through the door. She was also there to watch the ceremony. This made me really proud. However, before we could think more about it, everyone got quiet.

The program with many interesting contributions began. First, we listened to a girl playing the song, “We are the Champions” from Queen on the piano which caused a very festive atmosphere. After that, Mrs. Fandrich and Mr. Pohl (Ministry of Education Brandenburg) got on the stage and gave a speech. When their speeches were finished a girl sang the song “How far I’ll go” but changed the languages in between the different verses. In addition, a boy moderated the ceremony. He also moderated in many languages. Sometimes in German, but also sometimes in English, Polish, Spanish or even French. There were just no borders for understanding, no matter from where you came from. 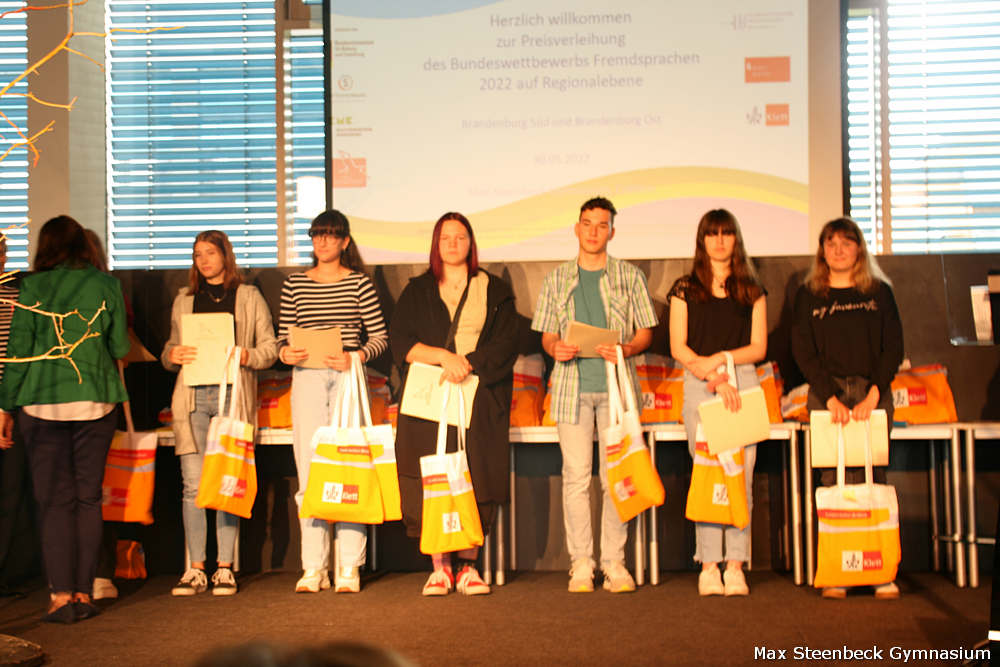 With the time, we got to the main part everybody had come for, the award ceremony.

First, the 3rd places of each language were pleased to come in front to the stage.

I was one of them. We got our certificates and a bag with a bottle, a book and a book voucher. Everyone clapped and photos were taken. Then the 2nd and the 1st placed people got their certificates and were celebrated. There were also teams that won prizes. At the end of the ceremony, we listened to music again, this time a piece from Star Wars.

Overall, it was an extremely interesting event, and I can hopefully be there another time next year.